When the politically correct Oldham Chronicle ran an article on Oldhams top ten status for asylum seeker allocation in January they neglected to highlight or provide any details of the huge inequalities in the distribution system. There are just 25 local authorities in the UK that house over 500 asylum seekers these include Bolton, Manchester, Oldham, Rochdale, Salford and Wigan. There are 378 UK local authorites that house less than 50 asylum seekers each, of which 239 house no asylum seekers at all. If the left wing press are to be believed these asylum seeker numbers coupled with the current huge influx of unskilled migrants from mainly the EU and to a lesser degree South Asia is having absolutely no effect on housing, schools, the NHS, pay, social security or community cohesion in Oldham. 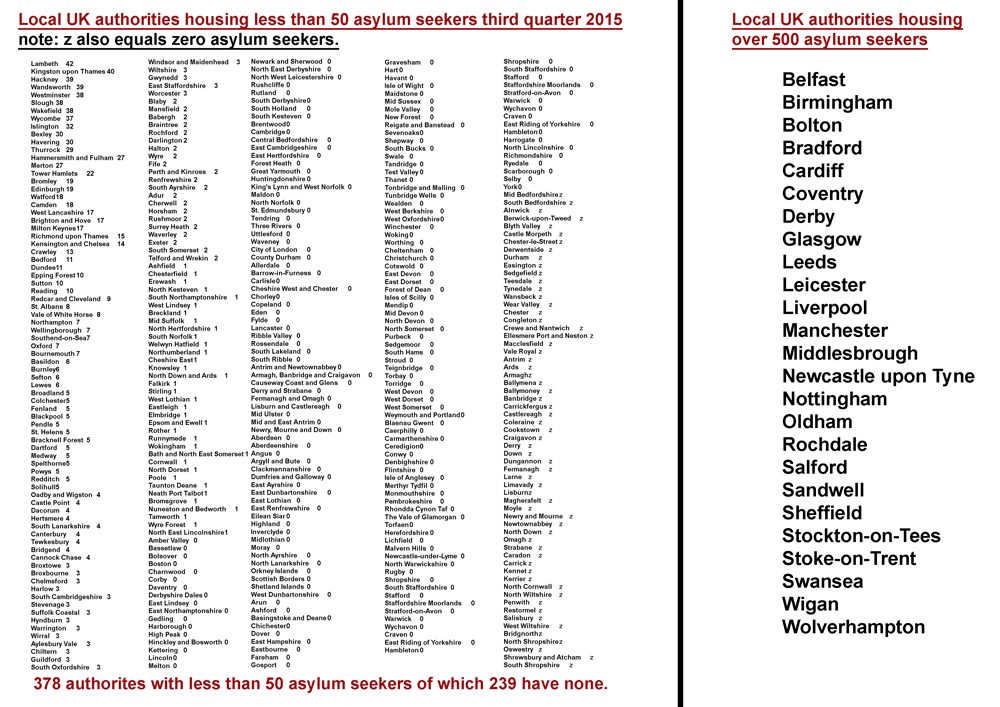