The Association of Greater Manchester Authorities stated in spatial framework documents this week that there are 25,000 inward jobs in the pipeline for Greater Manchester within 350 projects, the majority of which are in the finance & business sectors. As a member of the Association of Greater Manchester Authorities Oldham Council seem’s to have “jumped ship” again as it informs Oldham residents that transport & warehousing is projected to grow by 20 per cent in Oldham. Along with it’s co-op business partners & the utilisation of vast sum’s of taxpayer’s money, PFI & prudential loan resources Oldham Council is delivering the Foxdenton, Town Hall Cinema, Hotel Future, Prince’s Gate & Hollinwood schemes which if successful will only have the potential to provide a majority warehouse, domestic, retail, waiting & other hospitality job’s in the lowest paid UK employment sectors. As we have said before purposeful local government policy maintains core voter’s circumstances of poverty and creates & expands interdependent core voter areas trading votes for increased social housing provision, local authority grants & “in work” supplementary benefits for families with children. 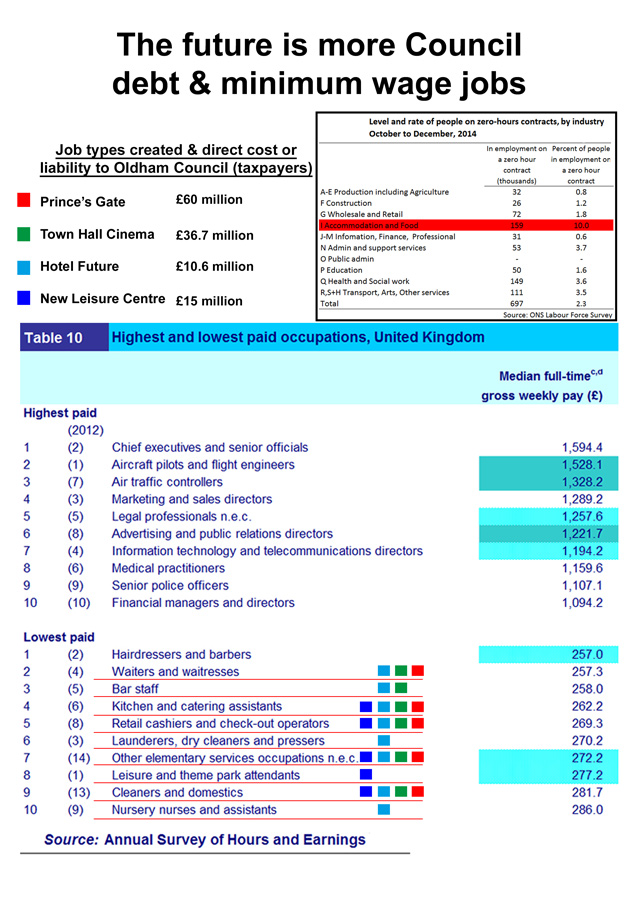