All to often we are told by the advocates of open door immigration that the NHS would collapse without immigration but a new report by the Migration Advisory Committee (MAC) finds that the current shortage of nurses is mostly down to factors which could, and should, have been anticipated by the health, care and independent sectors. MAC also “found evidence suggesting employers are using non-EEA nurses to save money rather than address the shortage through other means”. Clearly both the government and the medical industry have manipulated migrant labour to the detriment of UK workers by removing any long term need to invest and train UK nationals who on average would be paid £6,000 more than their migrant counterparts. 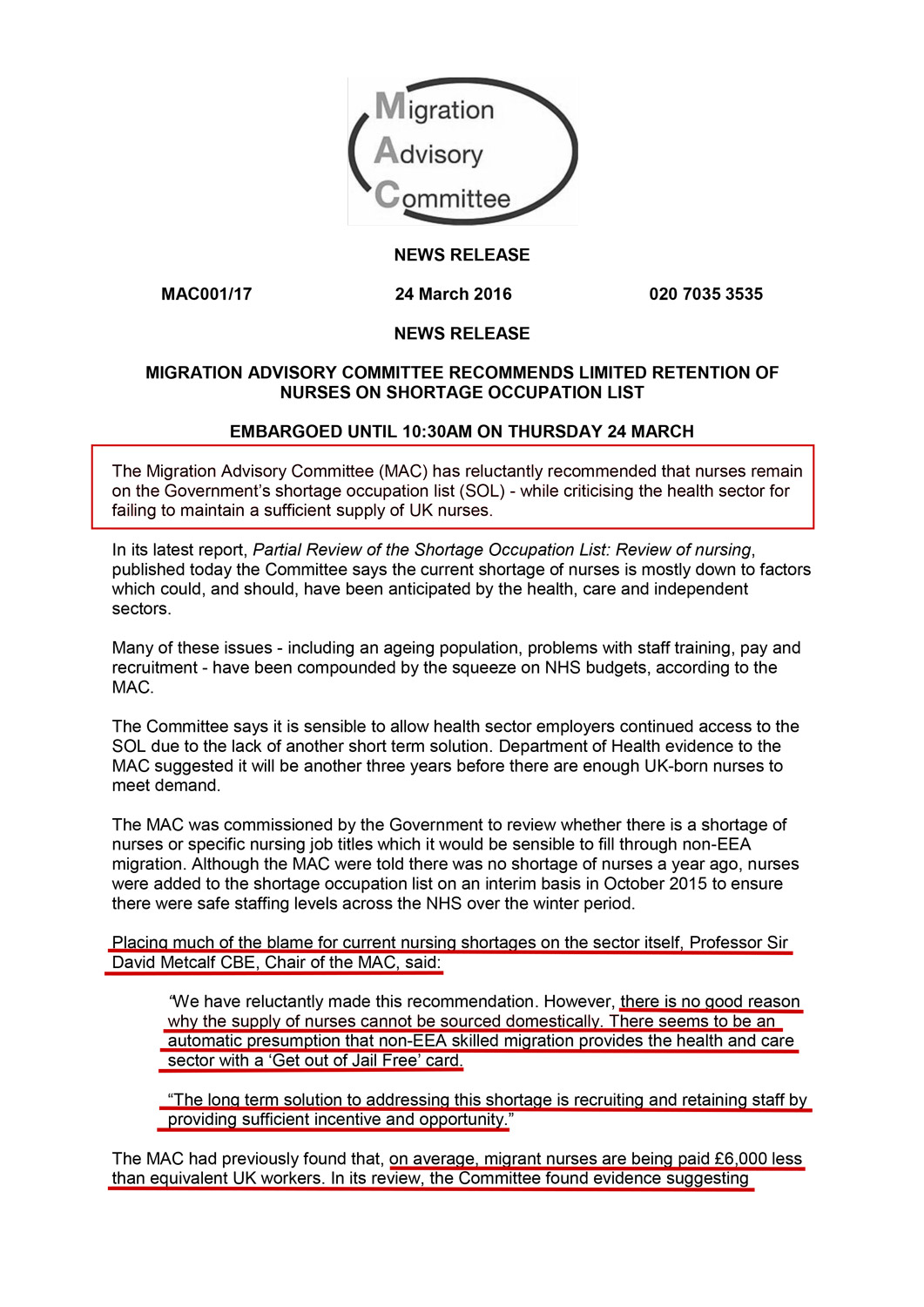 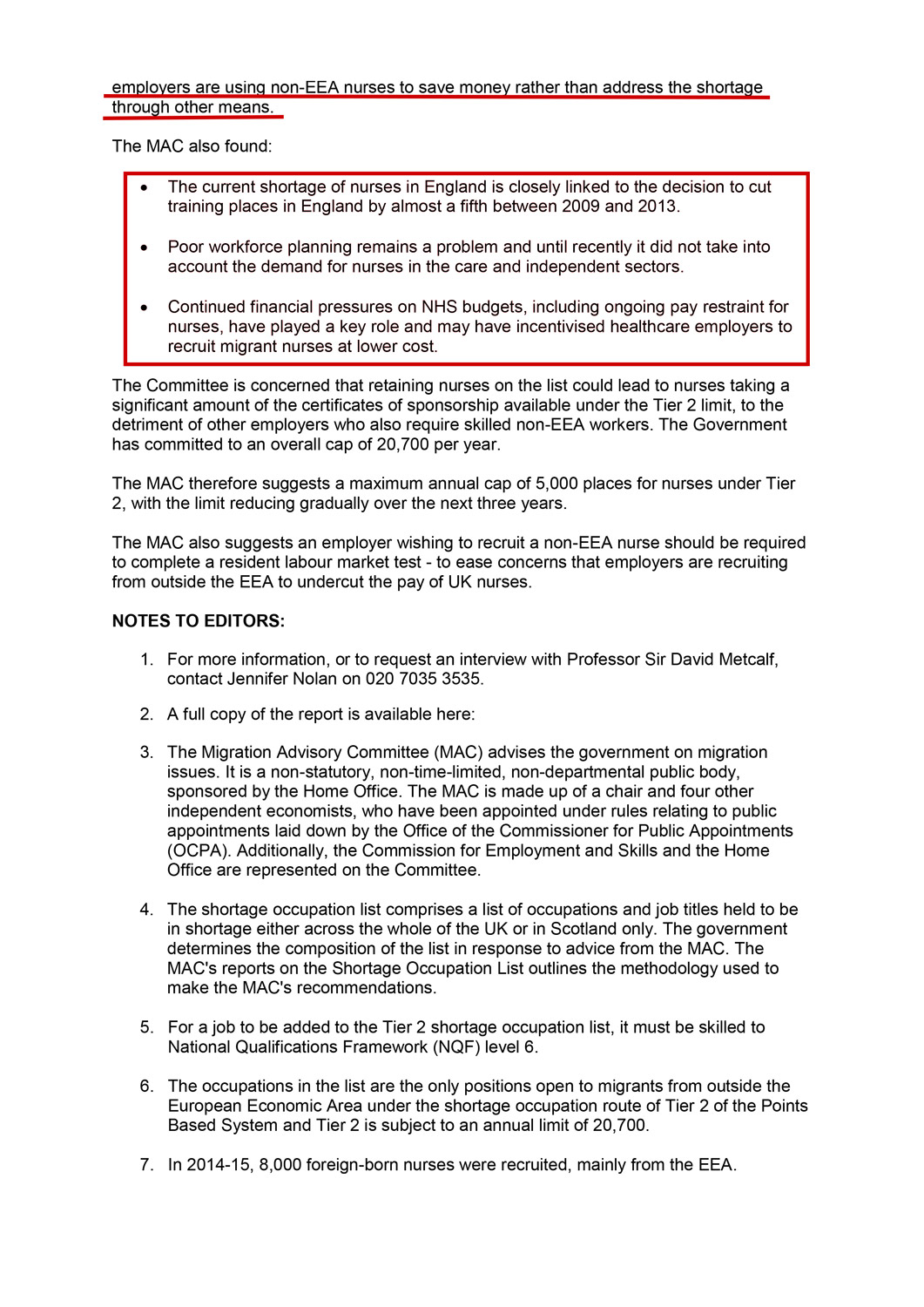