In the first 8 months of 2017 cash strapped Oldham Council spent almost a million pounds (£941,752) on its new human resource & payroll software system called the A1 programme. When you add this to the £1,081,505 spent on the programme in 2016 spending now stands at £2,023,257. The system was expected to go live in October 2016 but the date was put back to April 2017 and another three quarters of a million was added to the budget. Time and time again Oldham Labour Council have missed every budgetary and outcome target for their schemes from the four times over budget Town Hall Cinema to the Prince’s Gate development now cut by two thirds, the Hotel Future scheme which never happened and the Foxdenton scheme which had job projections cut by over half before work even started. 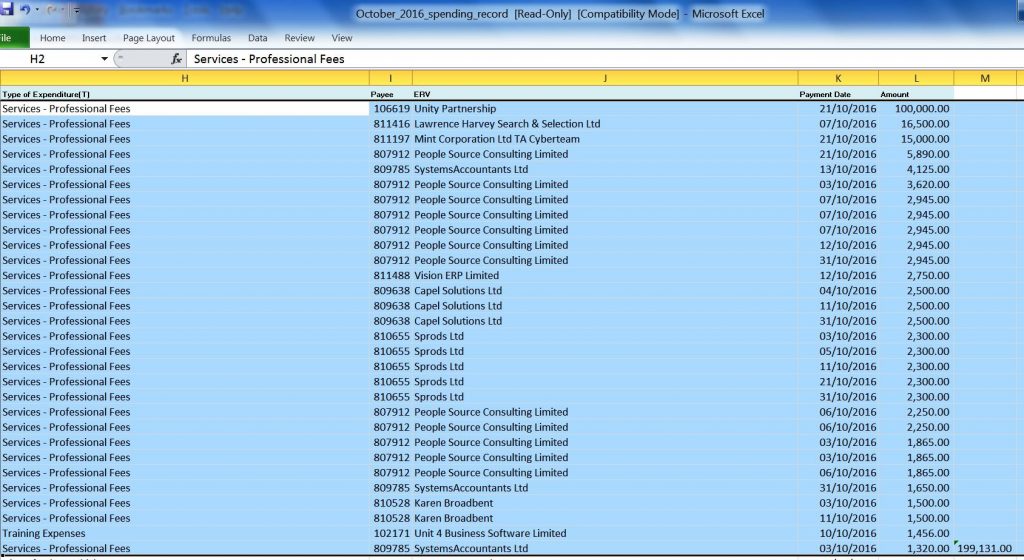 Oldham Council spending records for the A1 programme October 2016