After M&S pulls out of his “gamechanger” deal, Prince’s Gate now joins Jeremy Corbyn’s Shadow Minister for Local Government & Devolution, Oldham MP Jim McMahon’s costly regeneration failure list. On the list we also have “Our House” bankrupt two months after opening, “Hotel Future” millions spent on multiple plans and surveys with original planners and developers all leaving the scheme, “Mono Pumps” promised expansion and jobs but delivered redundancies and a scaled down opeation, “Oldham Power” raised a tiny percentage of share sales required and is now subsidised by substantial Oldham Council finances & “Foxdenton”destroying the last sizable green land in central Chadderton for another industrial park and more houses fed by one of the busiest roads in the borough, scheme still going ahead after four years of attempted warehouse sales and no companies signed up.  Also knocking at the door of failure is McMahon’s hastily built prefab “flagship” Oldham sports centre which is already having building and utility service maintenance issues. 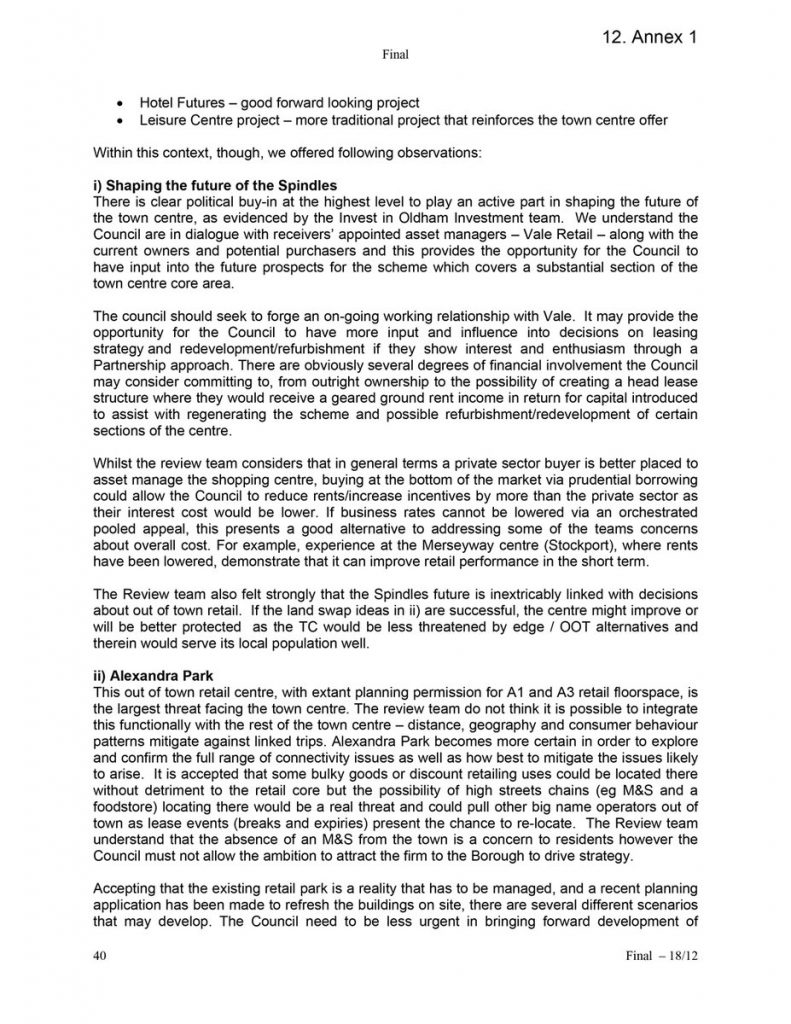 In 2013 the GMCA commissioned town centres report for each Greater Manchester town centre specifically warned Oldham about pursuing Marks and Spencers “The Review team understand that the absence of an M&S from the town is a concern to residents however the Council must not allow the ambition to attract the firm to the Borough to drive strategy.” Never mind Jim we have very limited potential opposition in Oldham such as Howard (I want a tram to Piccadilly) Sykes or UKIP harping on about M&S opening in the Spindles despite M&S refusing on multiple occasions to consider opening a store in the shopping centre. We also have the nodding dogs in the local Labour party all showing limited ability and all complacent in following the Jim McMahon agenda. We still have your four times the original budget £37 million cinema Jim and we will all be dead defore the cost is ever recouped so you can continue calling your tenure as council leader a success.