Labour appear to be targeting pensioners with named and addressed leaflets mimicking personal correspondence from an Oldham pensioner called Peggy. The leaflets do not mention it is a Labour communication but it does have a reference to Jim McMahon and A.Hutchinson in very small print at the bottom of the page. There is an A.Hutchinson who is promoter and Regional Director on behalf of Labour North West. 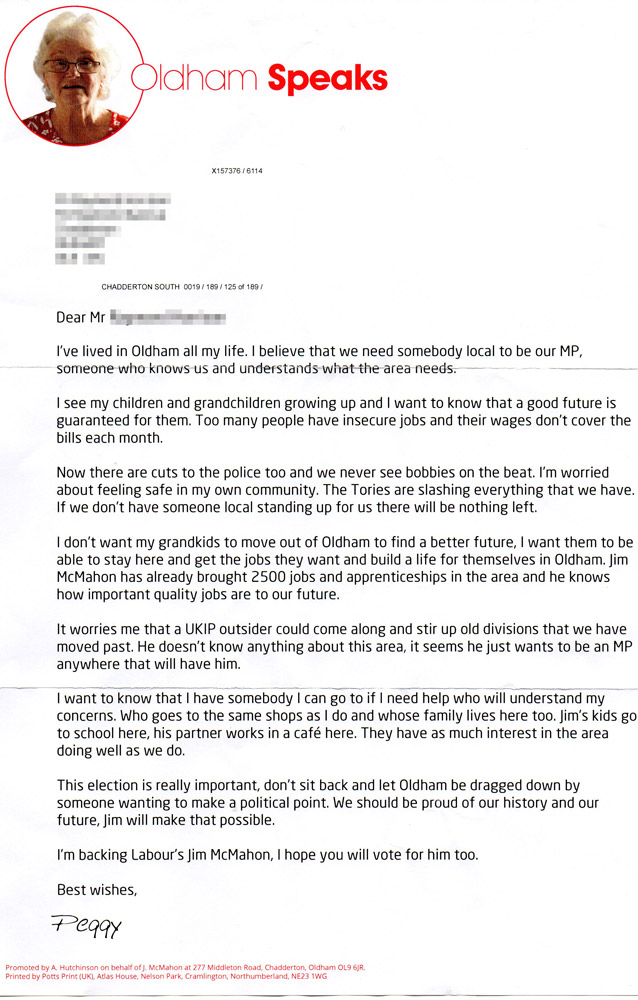 Nobody disputes that Peggy may be a real person but this gives the appearance of a personal letter from Peggy rather than an election correspondence by the Labour Party. It would be possible to provide hundreds of people in support of every political party willing to have their letters published, one letter does not speak for a borough. Perhaps someone could ask Peggy where she gets her figures from and how she formed her opinions that look like verbatim quotes from a Jim McMahon leaflet? Jim McMahon has not brought 2500 jobs to Oldham this a challenge we have made time & time again, we have seen no evidence for this or the claim for £200 million of inward business investment. Oldham Councils Get Oldham Working team state they have helped 2548 people into “work opportunities” they use this terminology because a large proportion of this number are not jobs. Many of the actual jobs & traineeships are just advertised on the website they did not create the vacancies. When we asked them for a breakdown of the 2548 figure just 1450 were actual sustainable jobs & 631 were not structured employment or training they were short term opportunities such as day visits to employers. 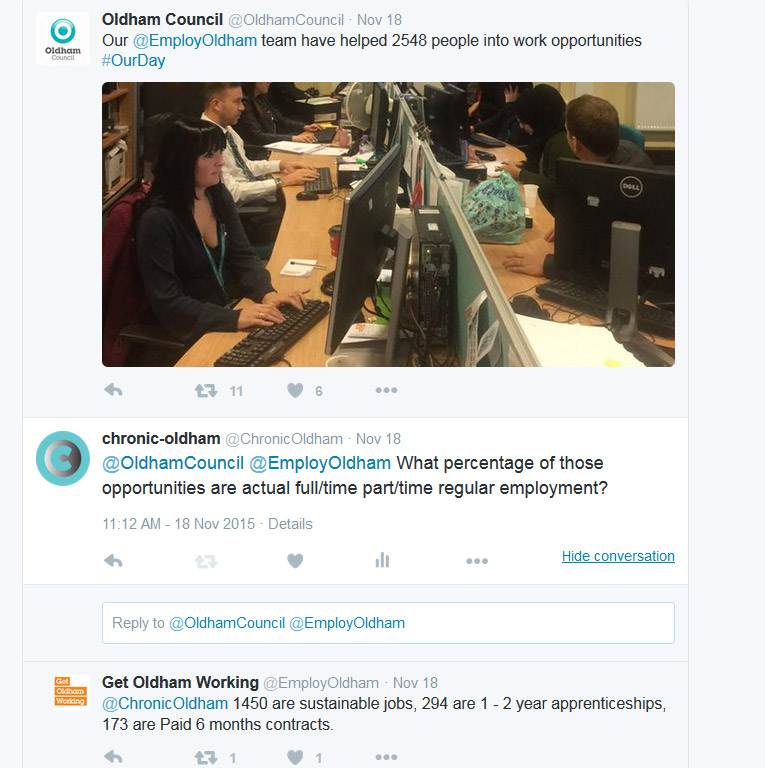