So Oldham’s getting a new £5 million Hindu Shree Swaminarayan Mandir temple on ex-Council land on Copster Hill Rd which was previously rented to First Choice Homes Oldham as their building depot. The Manchester Evening News, the BBC and the Oldham Chronicle all reported this but never mentioned that when FCHO moved to a new depot the council previously agreed to demolish & sell the cleared site back to FCHO until the temple put in a bid. So in one of Greater Manchester’s top areas for unemployment, high fertility, overcrowding, immigration and concealed families the best use of council land is for yet another religious/community building. This will add yet another social enterprise where councillor’s will be the first to line up for photo opportunities in the endless ever expanding number of community projects in the benefit black spot area around Ashton Rd and Alexandra Park. In the light of other revelations of the council’s unsavoury continuing connections with religious institutions I wonder just how much Labour Oldham sold the site for? 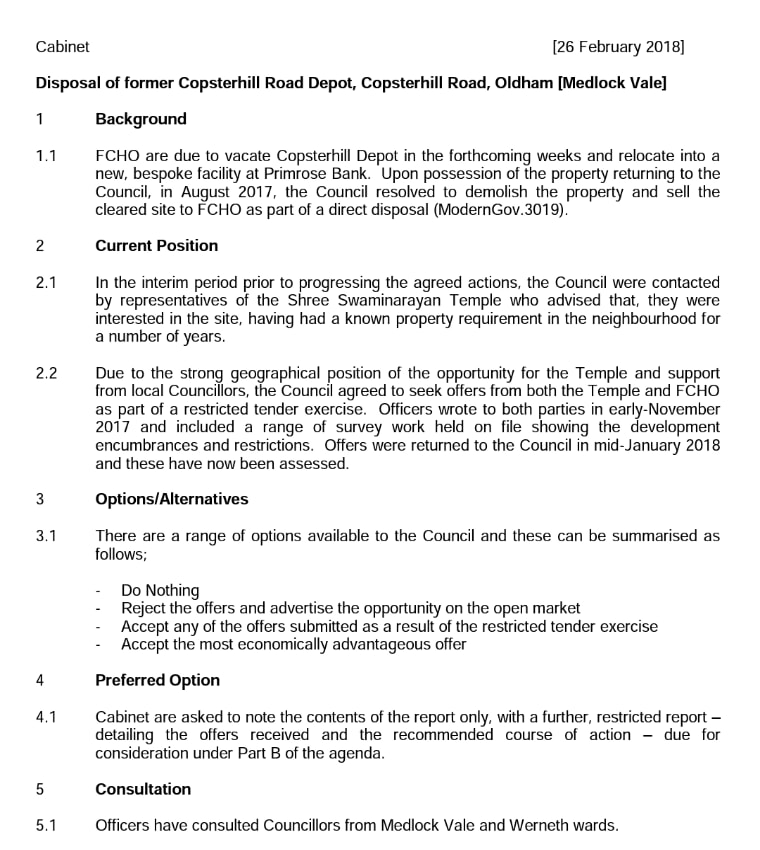