Cash strapped Labour Oldham Council who currently have the begging bowl out spent (wasted) at least £2.1 million of public money on a new human resource & payroll software system called the A1 programme which went live in 2017. As to be expected that programme was both massively over budget, behind schedule and created havoc with people’s salary payments. OMBC is now commissioning a replacement system less than 3 years later at an undisclosed cost and without any coverage of yet another Labour Oldham spending failure in the biased local press. Chronic-Oldham first reported the councils plans to replace the failed A1 system implementation in March 2019. 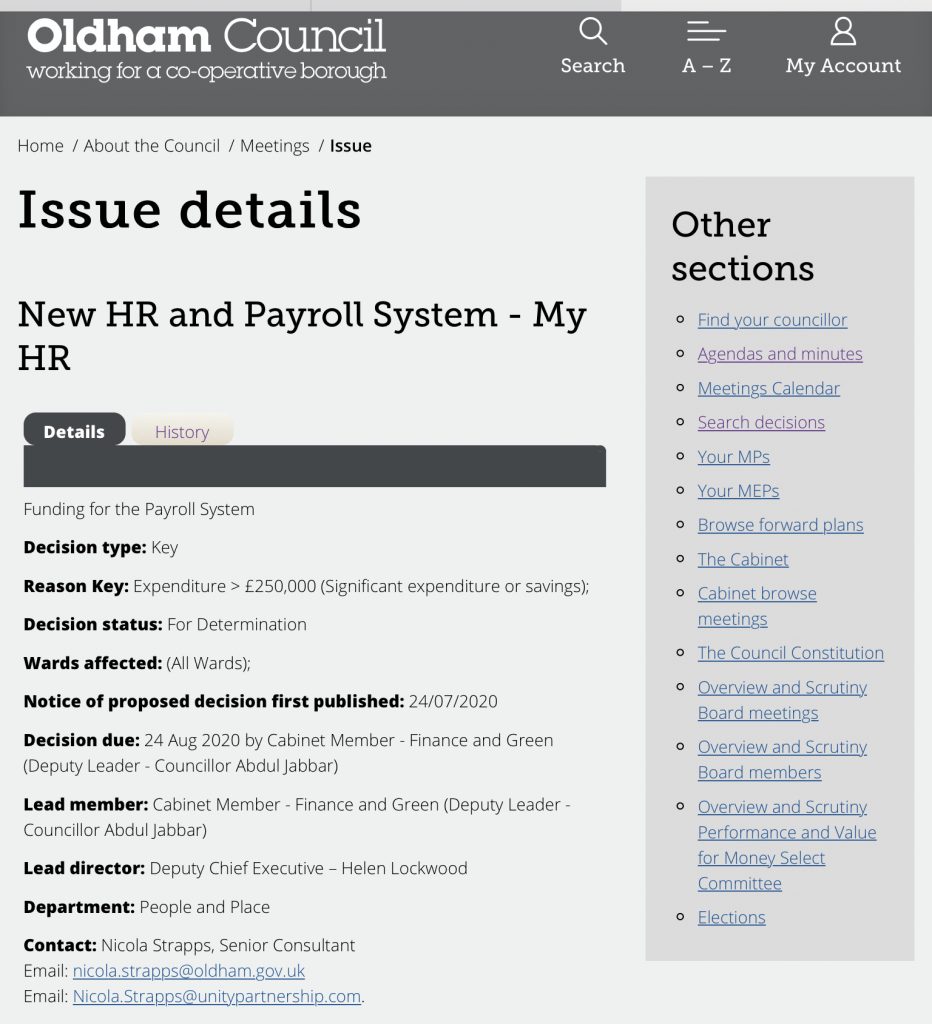 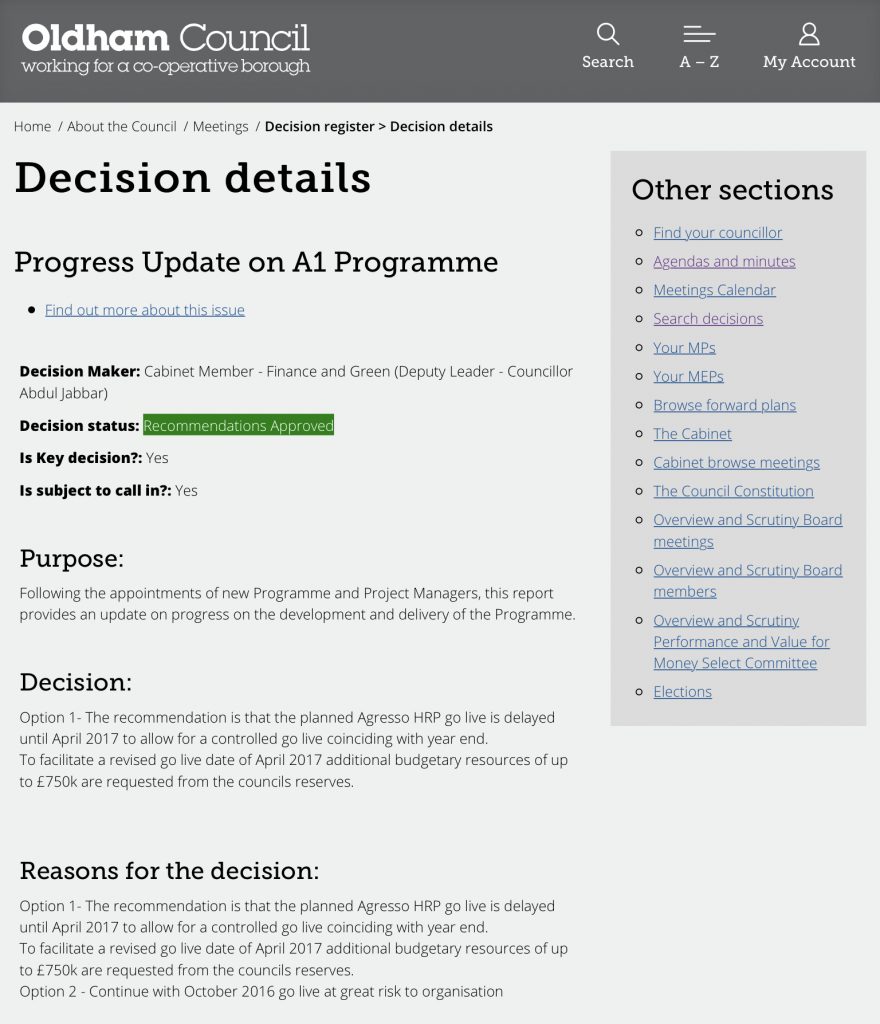 You can read the new system proposals here