Remember Oldham Labour politician Jim McMahon lauding his business savvy and telling everyone how he brought MONO Pumps to Chadderton in 2013 albeit with a £3 million grant from AGMA, remember all the spin at the time that they would create a thousand jobs. Remember the new Labour Oldham West MP’s December 2015 by-election leaflet also bragging how he saved and brought 600 Mono Pump jobs to Greengate. It turns out just four months later that they in fact only have 379 employees and 31 are at risk of being made redundant. Surely any self proclaimed business genius and economic power-player would know how the poorest of areas are not best served by businesses that are extremely sensitive to commodity price fluctuations such as oil.

Mono pumps joins Jim McMahon’s list of business and economic failures along with  Foxdenton “Broadway Green” just a stones throw from Mono Pumps, Broadgate & Greengate business parks and their many empty industrial units.  Here we have Chadderton’s last sizeable green area designated for industrial use but four years on having no businesses signed up but an ever increasing volume of the land designated for housing.   “Our House” rent to buy shop which filed bankruptcy after four months. “Hotel Future” which is three years behind schedule and has cost an undisclosed fortune to Oldham Council in planning, architectural designs, economic surveys and revisions. “Town Hall Cinema” which has swallowed up £36.7 million of public sector resources; almost four times the initial cost estimate. “Prince’s Gate” anchored on a new M&S retail store going against the AGMA Town Centre’s research programme which advised Oldham Council not to implement development driven by the desire to attract M&S to Oldham. 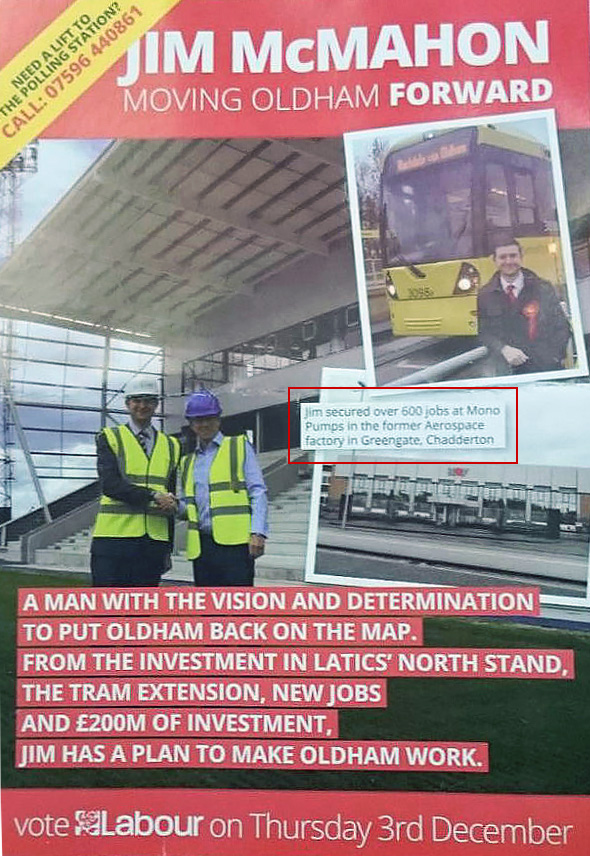 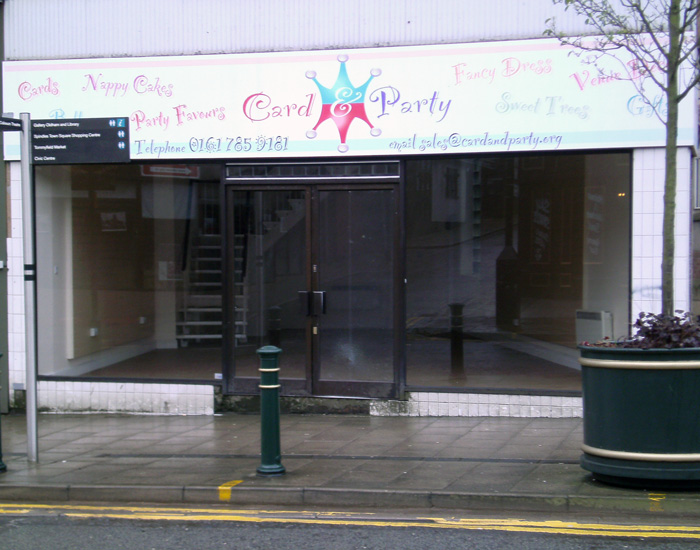 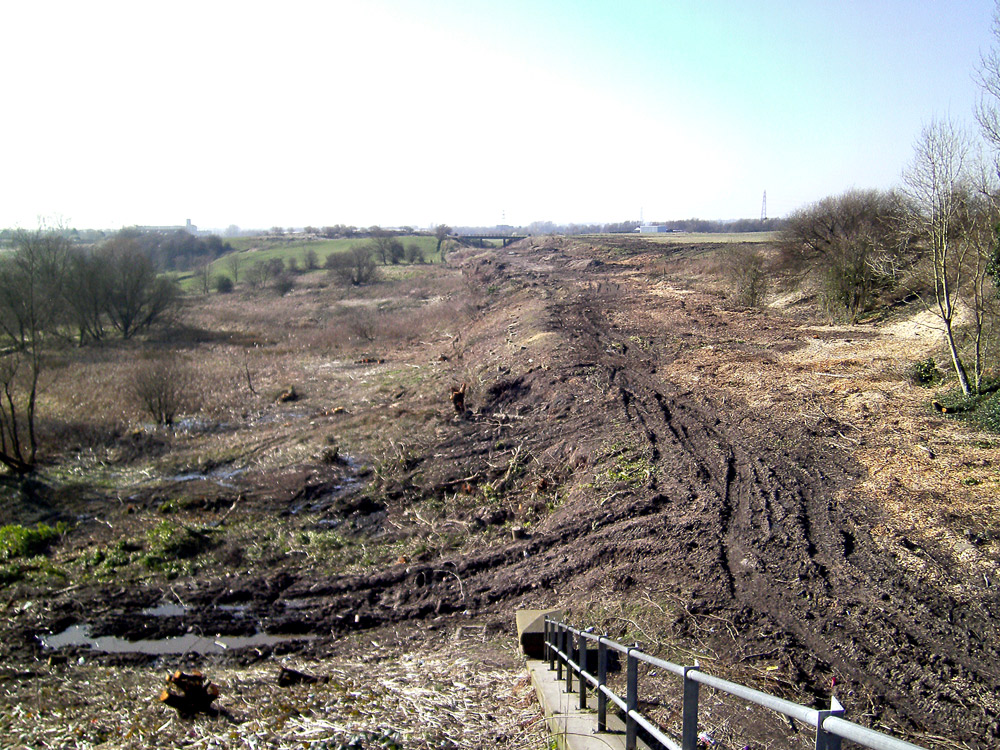 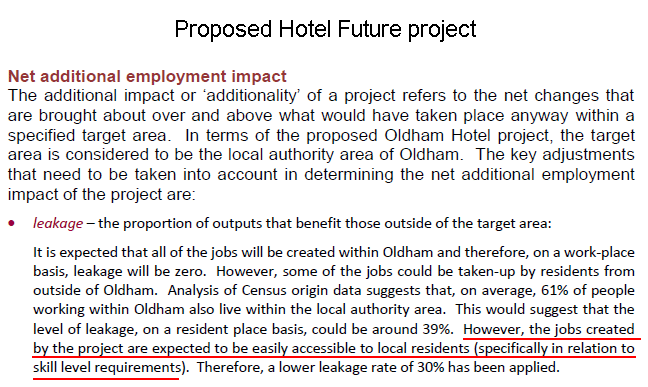