Thanks to the huge increase in fly-tipping in recent years Oldham’s less than glowing reputation has been tarnished further. This is at least the second time since April that this Chadderton bus stop at the corner of Broadway (one of the busiest roads in Oldham) and Eaves Lane has been used to fly- tip household rubbish. In April beds mattresses and a set of draws were dumped and on this occasion it contained a vacuum cleaner, beanbags & the box from a 55″ tv among other things. 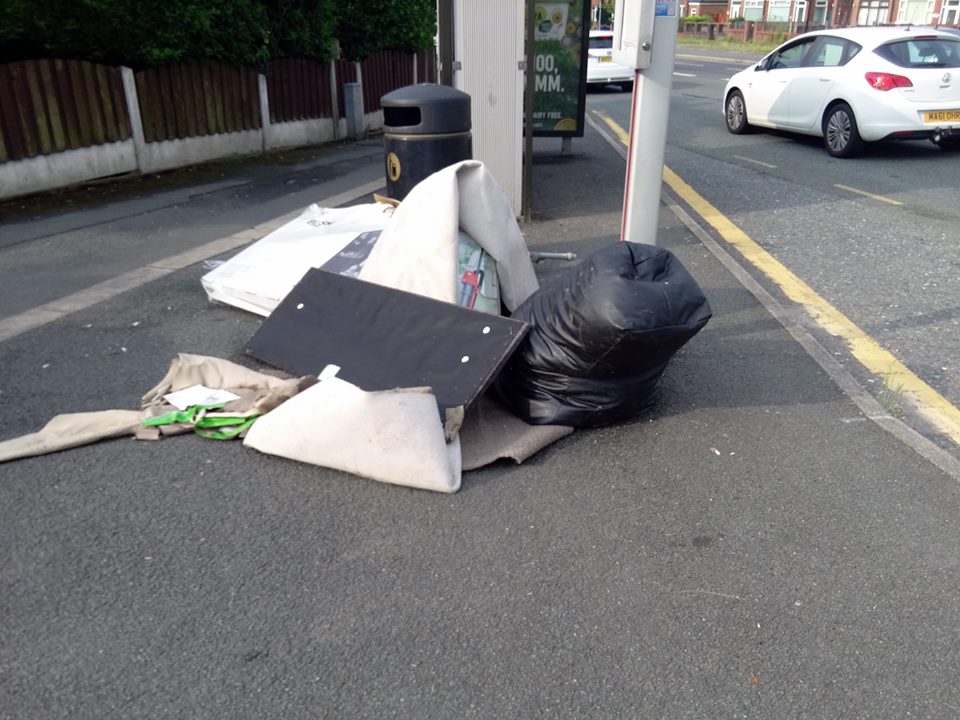 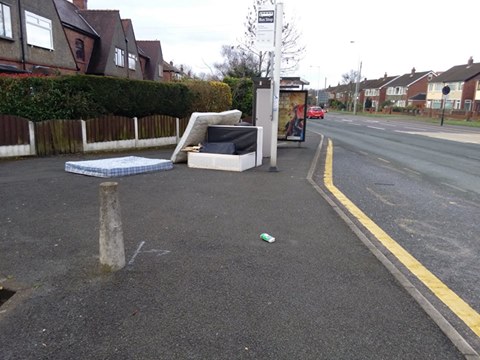