Information gleaned from a recent Freedom of Information request to UK  local authorities regarding complaints about the condition of residential and industrial buiildings and land it emerged that Oldham has seen a huge increase in complaints since 2011 when twenty one complaints were made to the high point in 2014 when one hundred and ninety nine complaints were made. We randomly chose one other authority to compare with Oldham without reading any of the authorities responses other than Oldham’s, we chose Gateshead. Gateshead Metropolitan Borough Council provided more information than Oldham yet when Gateshead’s figures are totaled they only received 29% of the complaints Oldham did in 2014 and 32% of the complaints Oldham received in 2015. 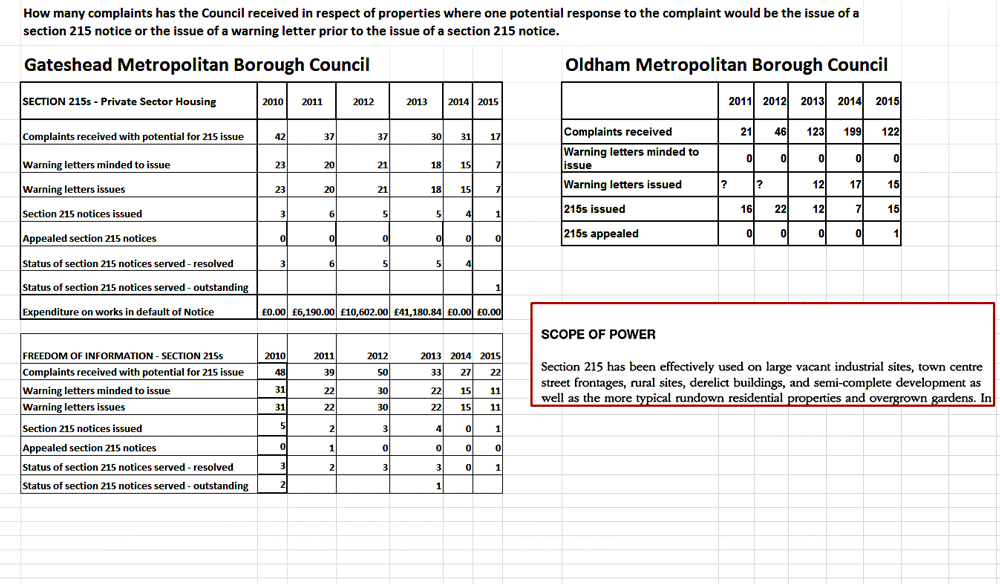