Local press seem to be oddly selective about which stories & official statistics are worthy of publication, hence their selective use of the latest birth figures which were limited to the teen birth rate is falling. The latest figures actually show that in 2013 Oldham had the highest rate of conceptions of all ten Greater Manchester areas with 91 conceptions per 1,000 women & the lowest abortion rate at 18.9% of conceptions, that is 15.5% more births & 10.9% fewer terminations than the England average. Oldham also had the second highest rate of conceptions, after the City of Manchester, in females aged 15 to 17 of all ten Greater Manchester areas with 30.6 conceptions per thousand aged 15-17. Looking at these figures in context of Oldham constantly being touted as an exemplary Labour Council model throws up many questions. The wider picture already shows that Oldham has the lowest average pay in Greater Manchester which has fallen from 16% below to 20.2% below the national average since 2011. Oldham also offers the lowest rates of available professional employment opportunities. So why in 2013 were Oldham birth rates the highest in Greater Manchester when Oldham is the poorest Greater Manchester borough? Why did the average tax credit payment to families in Oldham rise by an inflation busting 18% in a single year? Why in 2013 did Oldham have the highest percentage increase in Greater Manchester of long term migrants with 63.6% more inflow than outflow, some 43.5% more than the second highest which was Salford? Do the three previous questions provide the answers along with the questions? 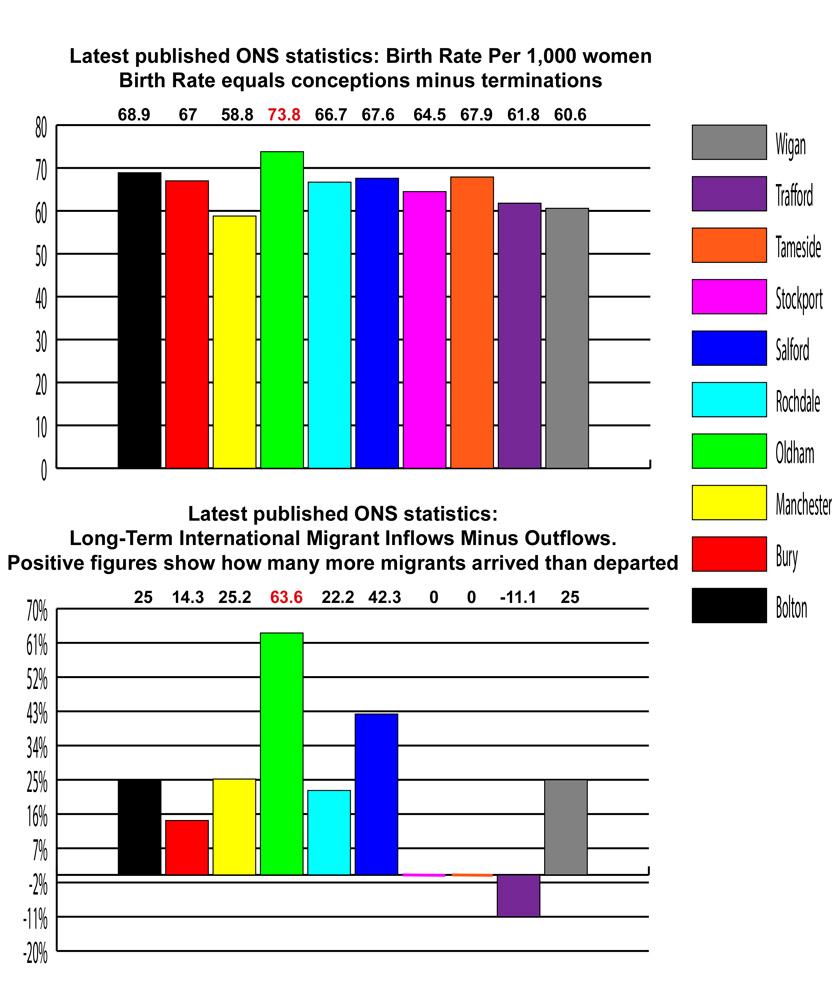