Statistics from the ministry of justice show that Oldham is the only area in Greater Manchester that makes the top ten list of  areas for house repossessions in the UK. According to further analysis undertaken by sellhousefast.uk Oldham currently has the second highest rates of repossessions in the entire UK after Middlesbrough. What does this mean for Oldham Council’s masterplan of 800 homes to be built in the town centre which already has by far Oldham’s highest rates of benefit dependency including housing benefit? Oldham Council’s own report states private developers won’t be willing to develop the housing element of Prince’s Gate because the profit margins are negligible. Clearly the number of repossessions and the economic and social policy failures in central Oldham bare a huge responsibility for the situation but we are sure Labour Oldham will just blame Tory austerity. 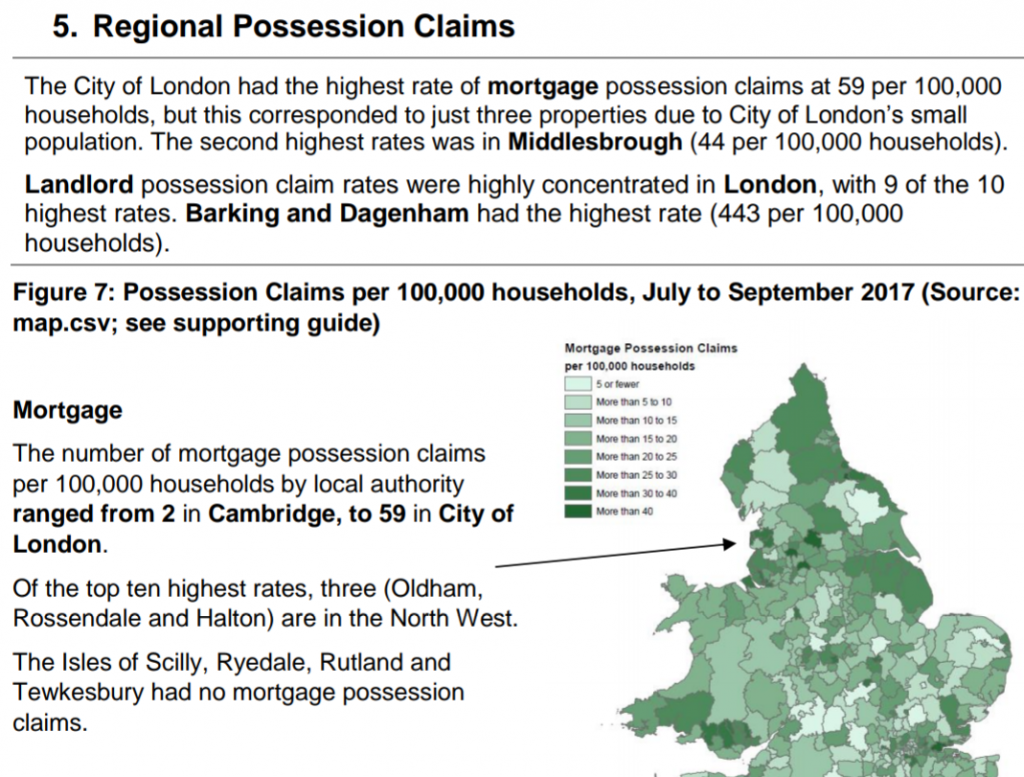 Data from the Ministry of Justice