Oldham’s tech hub has become another one of Labour Oldham’s underperforming over budget failures, the hub was sold as a project that would turn Oldham into the technological centre of the North but tenants Wayra disappeared from the facility without trace and it will come as no surprise that this facility was another of serial failure Jim McMahon’s schemes. The cost to the Oldham public for the building was supposed to be £200k it cost us £1.5 million. A check of companies house shows none of the original named directors when the scheme opened are currently directors. Wayra no longer operates from the facility, Hack Oldham just changed its name to Create, Oldham Council just approved the short term letting of 1st and 2nd floors of the building at 38-44 Yorkshire Street, Oldham and the GM chamber of commerce are now using the facility as a members lounge. Is this what was promised which was a tech hub nurturing and expanding digital and tech businesses when it’s now  cake and crafts, a wordpress user group and a hangout for corporate luvvies. Notice once again how all the local press ignore and refuse to report these failures as they did with a Hotel Future and many others choosing instead to champion the ludicrous Northern Roots project and when that fails they will champion the next scheme. 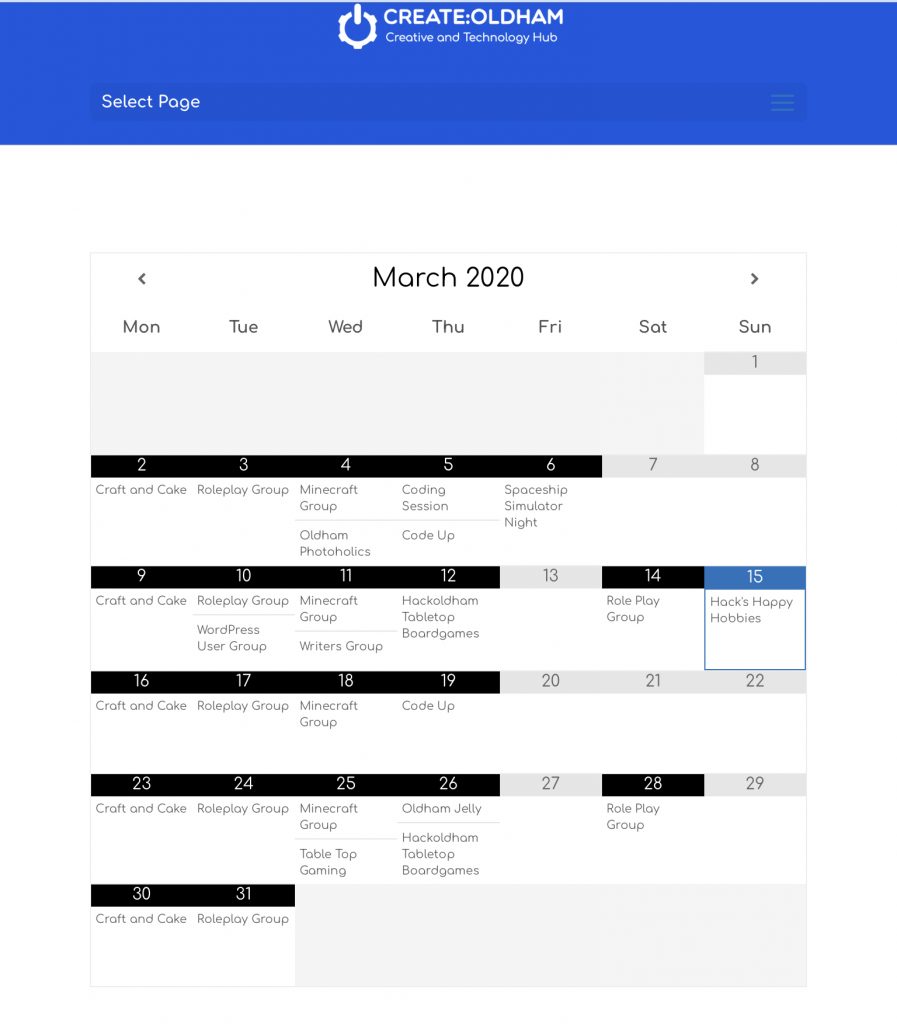 Current timetable of activities at the hub