The Manchester Evening News ran a story about GP’s under pressure on the 28/01/2017, although the figures showed reductions in full time doctors in Oldham we found that the patient figures showing a 6,296 increase in just 2 years was more significant. We decided to update the information with the latest figures available and found that in the four months since the data-set used in the article in the Manchester Evening News the number of patients registered at Oldham GP’s grew by 730. On the face of it that is 7,026 new patient registrations at Oldham GP’s in 28 months. We can of course take this even further by counting those who died and will have been removed from GP patient lists. Using 2015 Oldham death statistics as the average, latest published figures, would equal 5,056 Oldham deaths in 28 months. So if the patient tally increased by 7,026 regardless of the 5,056 deaths then the true number of new GP patient registrations is 7,026 + 5,056 that’s 12,082 new GP patient registrations in Oldham in 28 months. That is a huge discrepancy between Oldham population figures and the number of actual patients registered at Oldham GP’s. The Oldham Council website still states “The borough’s population is currently 224,900 but is predicted to grow to 241,100 by 2022” ONS, mid 2015 population estimates show an Oldham population of 230,823 & January 2017 NHS list shows 251,660 patients registered at Oldham GP’s. Sure the TV, press and local politicians will find some way to blame those numbers on bed blocking OAP’s while in reality Oldham OAP’s make up 7% less of the local population than the UK average. Update 19/04/2017 Figures released today show there are now 252,720 people registered at Oldham NHS GP’s that is 21,897 more people than the ONS mid 2015 Oldham population estimate states as living in Oldham. How do you protect the NHS when statistics on population across all local and central government departments are contradicted by actual data? 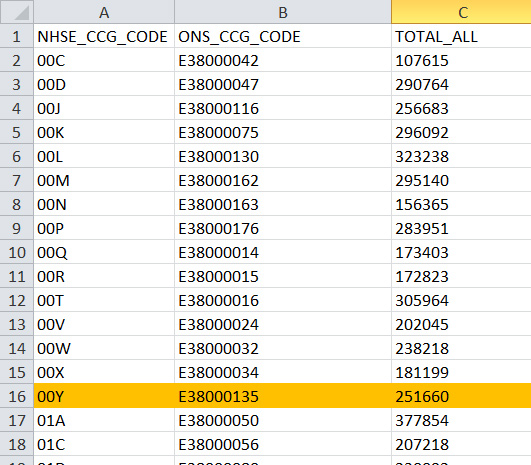