In her latest blog Oldham Council leader Jean Stretton states “delivering Oldham’s Cultural Quarter is a major priority for this administration – and we are making really good progress.” Blink and you will miss Oldham’s cultural offer, it is scandalous that out of touch Oldham Council and its leader spends just £1 per head less on culture than it spends on public health. Like all things Oldham Council this cultural offer is limited to the usual suspect over-subsidised central areas. Sure you have all read the many references to Conservative austerity, benefit cuts and the poor state of Oldham residents health from Labour Oldham politicians but just how many of you know how our local authority spends money? Strangely enough it is public health England who produce documents on local authority spending and outcomes showing that our hypocritical Oldham Council spends just £1 less per person on culture than they spend per person on public health services. They spend 87.3% more per head on culture than the other nine Greater Manchester authorities combined average spend, they even spend more than the city of Manchester does. So when Oldham Council tell you Oldham library and gallery have won another award or Oldham is getting a free event and a new heritage centre remember other services suffer the financial consequences. 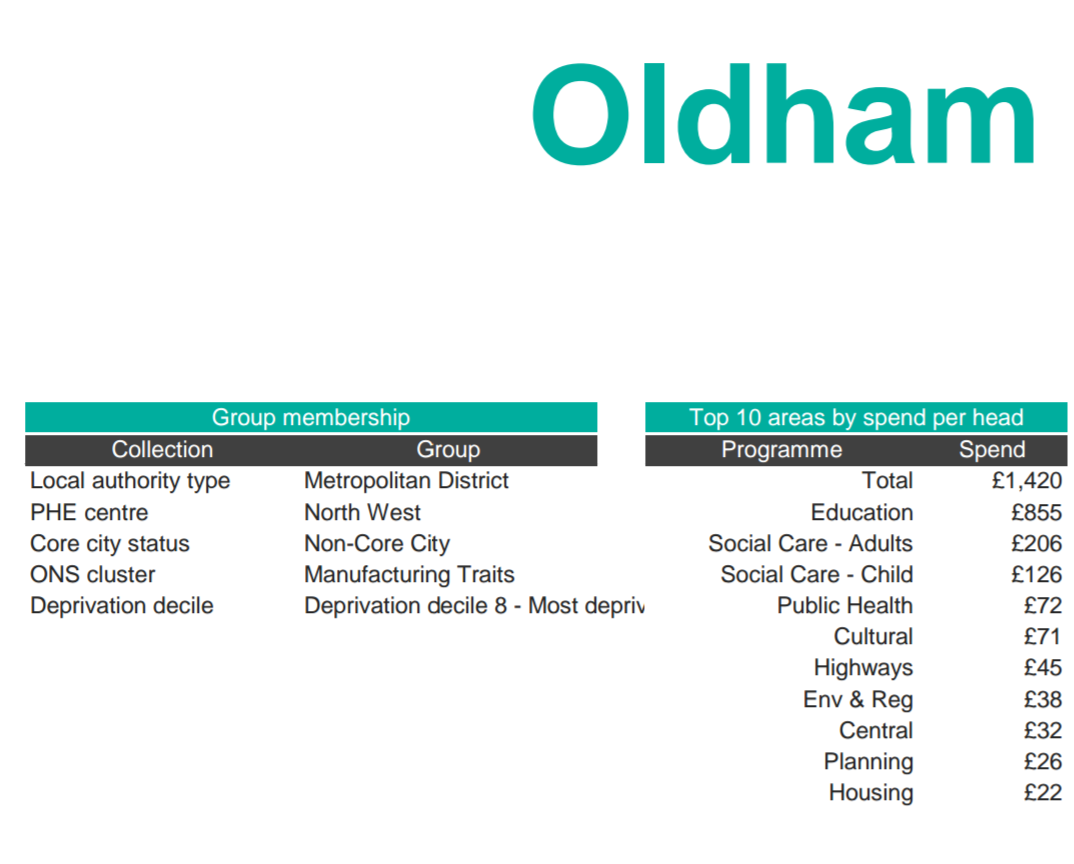 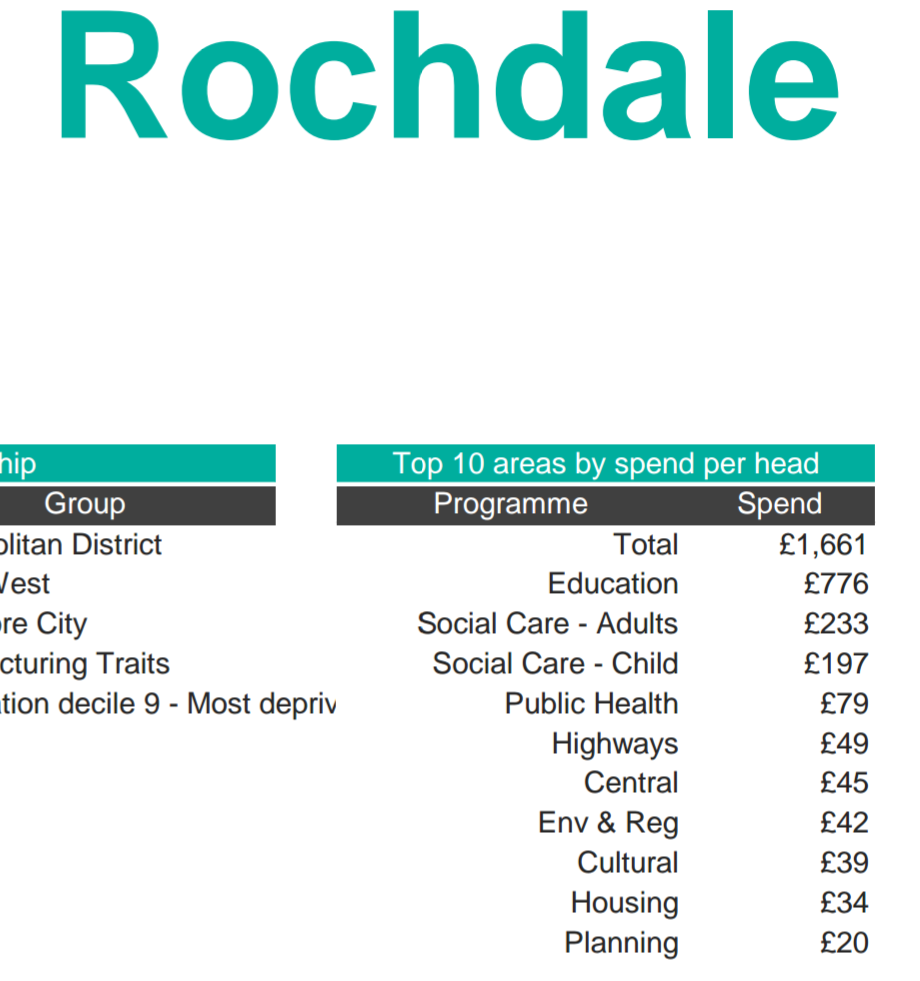 Oldham has the highest spend per head on education in all Greater Manchester. The council spends four times more money on education than it spends on adult social care yet all the rhetoric from Labour is about the cost and crisis in social care but the impact of child migration, high fertility communities and teachers faced with children speaking more than eighty different first languages is never mentioned. Between £77 and £256 less is spent on education per head in the other nine Greater Manchester authority areas than is spent in Oldham and despite this Oldham has one of the worst educational achievement outcomes in the UK. Remember how the extra spend has failed to yield results when Jim McMahon, Debbie Abrahams and Amanda Chadderton tell you about planned cuts to school funding and place blame elsewhere for decades of Labour party social and idealogical mismanagement. 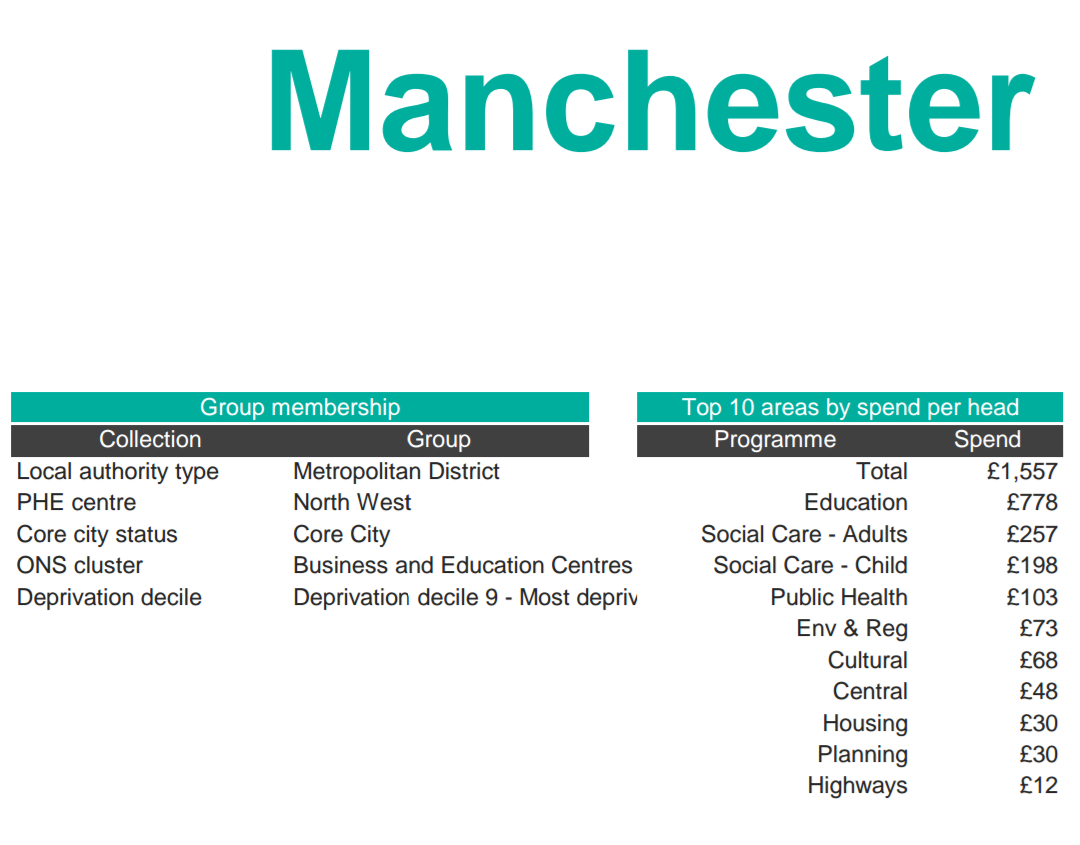 You can access the data on the link below and explore where Oldham Council spend more, spend less, achieve better outcomes and achieve worse outcomes.