We have all heard about the funding crisis in social care and it s a very real issue but once again in Oldham both the council and the press have failed to address the statistical anomaly which shows the number of adults receiving adult social care increased by 86.4% in just six years 2010 to 2016. This runs contrary to population statistics that showed the number of people over 65 in England increased by 16% between 2009 and 2015 and the mid 2015 population estimates that show that Oldham has 7% fewer OAP’s than the national average. A recent freedom of information request at the fantastic whatdotheyknow revealed the unexplained and statistically anomalous increase of social care provision in Oldham. 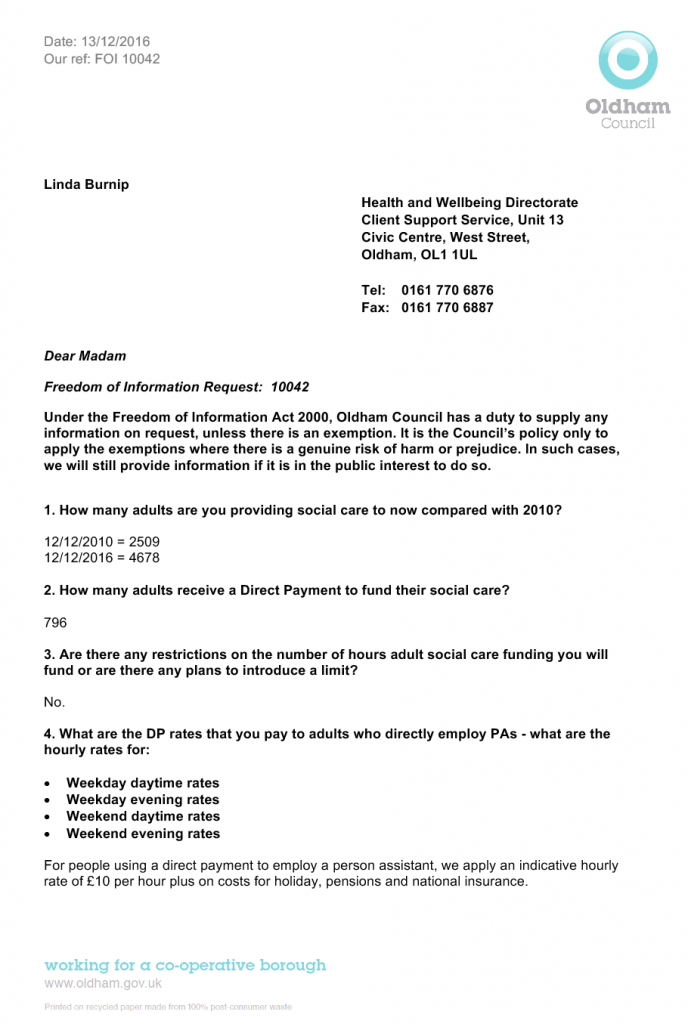