Today’s labour market statistics show that in the year to June 2016 non-UK nationals from the EU working in the UK increased by 238,000 to 2.23 million and non-UK nationals from outside the EU working in the UK were little changed at 1.21 million. Within those figures is the information that for the first time we have over one million people in the UK from the eastern european EU8 nations, a million from the EU14 nations and a quarter of a million Romanians and Bulgarians, well over 90% of whom reside in England. 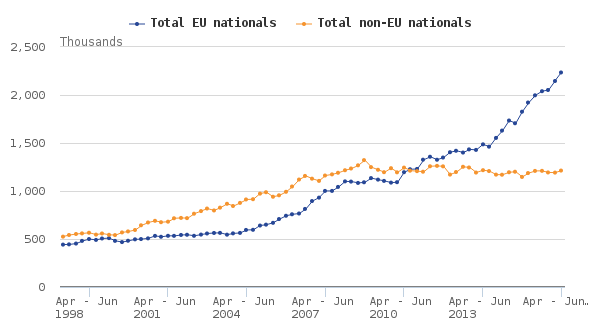 Foreign workers in the UK

Places such as Oldham are paying the price for this free movement lunacy which has eighty percent of EU migrants in the UK working in lower skilled employment topped up by sizeable benefit subsidies. 2014 to 2016 showed the highest levels ever of poor migrants fromm the EU registering as living in Oldham.  Our local politicians ever quick to shy away from impact of immigration on jobs, housing, services, community and benefits continue to quote national figures on immigration, tax credits, housing benefit, disability, NHS, crime and tax contributions so as to avoid the stark truth. 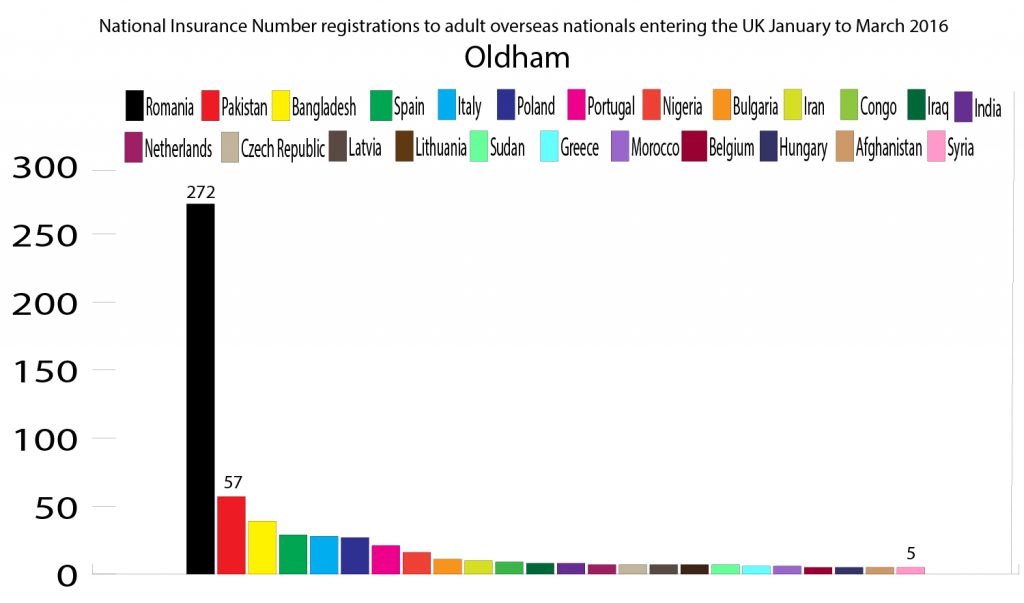