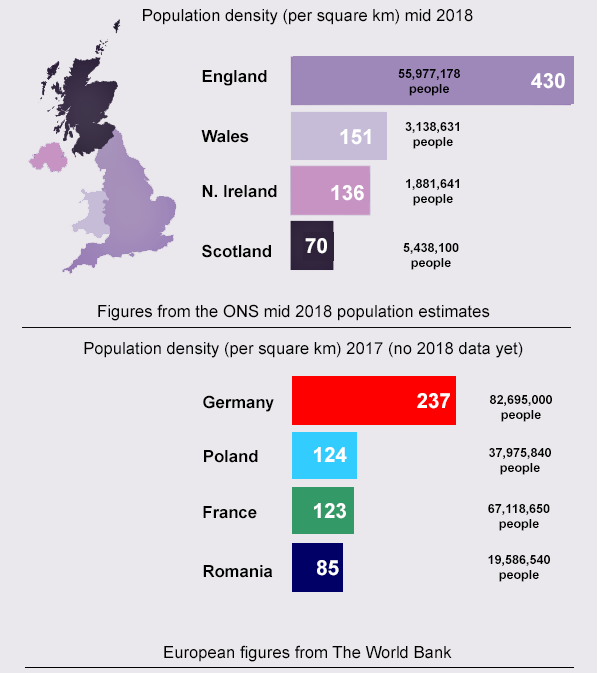 “These figures give no grounds for complacency about UK population growth. Birth rates and migration fluctuate from year to year but our already unsustainable population is continuing to rise and that will continue until a positive strategy is put in place to address it.

“The government has announced ambitious plans to achieve a zero carbon economy but by ignoring our unsustainable population growth, it is driving with the brakes on. More people means more emitters and more emissions. Our growing numbers are incompatible with our climate change commitments, the health of our environment and our quality of life.

“Unlike the government, the electorate  fully understands that action to address this challenge is vital. A Population Matters poll last year found that 74% of people support a national strategy to address population, 64% think projected population growth is too high and just 2% – that’s one-in-fifty- think it is too low (1). The public concern is real – the government needs to respond.

“It’s time for a reasoned, evidence-based and honest public debate about population. There are effective, ethical measures that can and should be taken to ensure a sustainable population, one that’s consistent with the environmental commitments we’ve made and the quality of life we all deserve. Population Matters is calling for an integrated, strategic, evidence-based Sustainable Population Policy in the UK (2). That needs to happen now.”  Population matters website