This week the Office for National Statistics released figures showing Romania had the highest poverty levels in the EU in 2014 this comes hot on the heels of the ONS Towns and Cities analysis in March which concluded that Oldham was the most deprived Town in England. The question then has to be asked as to why Oldham accomodated disproportionate levels of poor Romanian Migrants in 2014 and 2015 since restrictions were lifted?

We are not going to answer the question for you but we do think it is one you should ask of  your local, central and European Union politicians. 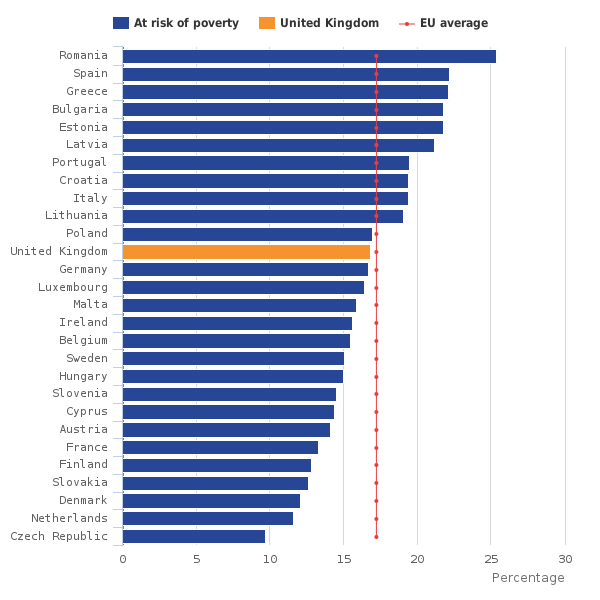 Only Manchester out of the ten Greater Manchester local authorities saw higher levels of Romanian migrants. This is to be expected Manchester is a major UK City, is a centre for employment, has the highest average pay in GM and has a huge student population. In contrast Oldham has had the lowest average pay in GM for eleven years, in 2013 had 10,709 fewer workplace jobs than in 2004 and as of 12/04/2016 Oldham had 1158 empty commercial properties. 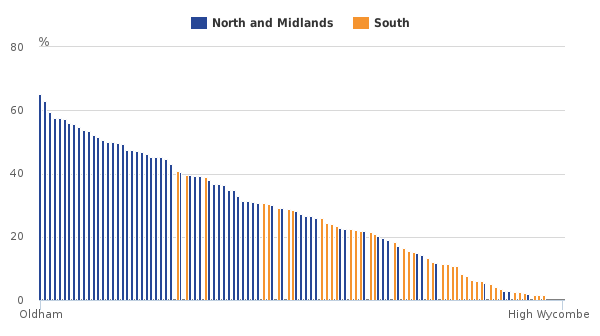 If anyone is in any doubt we can assure you that Oldham is not becoming home to skilled EU2 migrants, to demonstrate here are just a few recent stories from the traditional press highlighting the poverty, lack of language skills and high fertility levels.

Oldham hast fast become one of the dumping grounds of choice for a whole host of other Countries in the EU and around the world underpinned by the discriminative UK government area based asylum policy and local politicians who use migrant votes to secure their positions. If local politicians are incapable of tackling the subject matter for fear of alienation how will Oldham ever recover from the financial cost and community upheaval caused by the endless importation of foreign poverty, misogyny, oppressive beliefs and criminality?  When local politicians dismiss everyones concerns and cite those with a voice as racist it is because they have no defence or argument to justify the system. A system that systematically fails to offer UK citizens like for like treatment and financial incentives within the Countries that send migrants on mass to places like Oldham. A system where the few pay for the mobile many.