Figures released yesterday continue to show a huge increase in crime reported in Oldham in the year to September 2015 with violence up 68%, sexual offences up 50% and domestic burglary and theft from person both up by 41%. Bizarrely the Oldham Evening Chronicle, which usually ignores quarterly crime figures, published a general average for all Greater Manchester that served to dillute Oldham’s current crime epidemic. 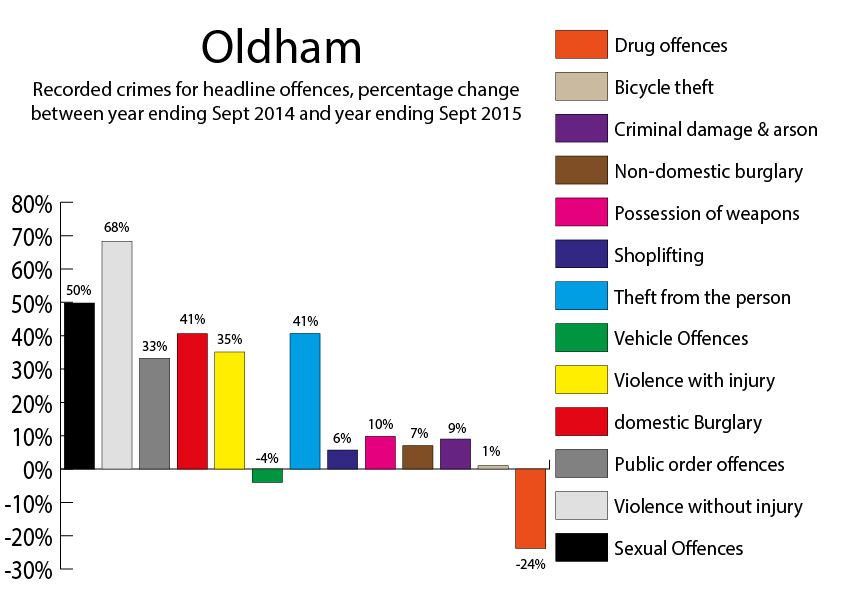