In the financial year 2016/2017 Labour Oldham council paid out £22.4 million in interest charges alone for the boroughs ludicrous levels of prudential borrowing. The interest payment was almost three times the actual repayment cost for the same 2016/2017 period at £8.1 million making a grand total of £30.5 million. Secretive to the extreme about their own spending the Labour Council are always seeking to highlight the pressure of austerity and budget cuts while feeding their long-term financial black holes with an endless supply of borough debt. They now plan spending another £65.3 million in high interest prudential loans over the next three years. As to be expected by a Labour council it goes out of its way to highlight the cost of adult social care but does not brake that social care down. Clearly they do not wish to draw attention to the fact that OAP numbers have fallen for the last two years in Oldham yet the number of adults receiving adult social care in Oldham increased by 86.4% in just six years 2010 to 2016. The cost of schooling in Oldham, the borough with the highest birth rate in Greater Manchester, does not receive any comment even though it is by far the largest expense at £442 million a year.

Over the next three years the councils capital building plan has allocated £46.5 million for schools and £59 million for its town centre based regeneration program. Over the same three year period all the districts of Oldham will get to see a combined capital spend of just £185,000 in district development and an investment totaling less than £1 million over the next four years for the district investment fund. Sticking out like a sore thumb is a section for “other priority regeneration schemes” we can only make assumptions as the council is less than forthcoming with details, this is either for, or a combination of, the enabling roadworks at the unwanted Foxdenton project, the planned refurbishment of the Oldham council chambers and QE hall or purchasing in relation to planned developments in Hollinwood. The Labour party and its disregard for the wider borough is plain for all to see, they continue to paint a baseless utopian picture of a thriving town centre which in reality is  mediocre at best and sustained on the back of public sector expenditure and debt. Who would create a cultural quarter in an area dominated by some of the country’s highest rates of benefit dependency and record levels of unskilled immigration? We are sure these disproportionately​ subsidised wards, the partner organisations sustained by public finances and the many dubious and ultimately unaccountable central Oldham Councillors, who have done everything from employing illegal workers to causing injury by violating h&s regulations, will disagree. 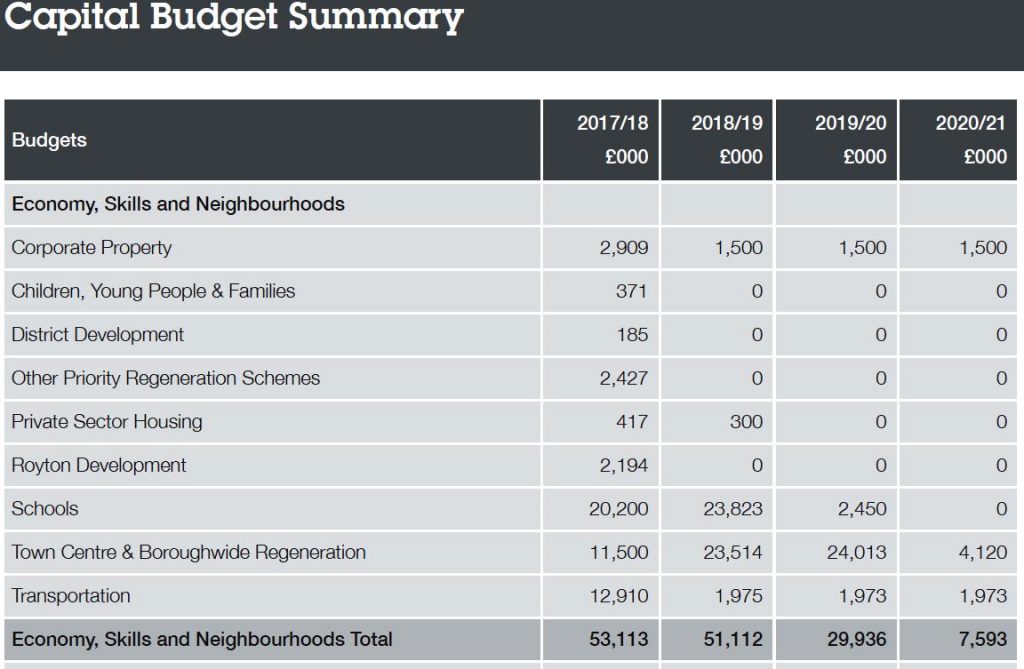