On the day we found out that net migration to the UK has reached a record unsustainable high of 330,000 in a year we also saw that since the first year (2014) that working and benefit restrictions were lifted for (EU2) Romanian’s & Bulgarian’s 67% more Romanians registered for new national insurance no’s in Oldham than those registering from any other Country. There were also 127 births in Oldham to mothers from EU2 Countries in 2014, 29.3% of all births in Oldham in 2014 were to non-UK born mothers. 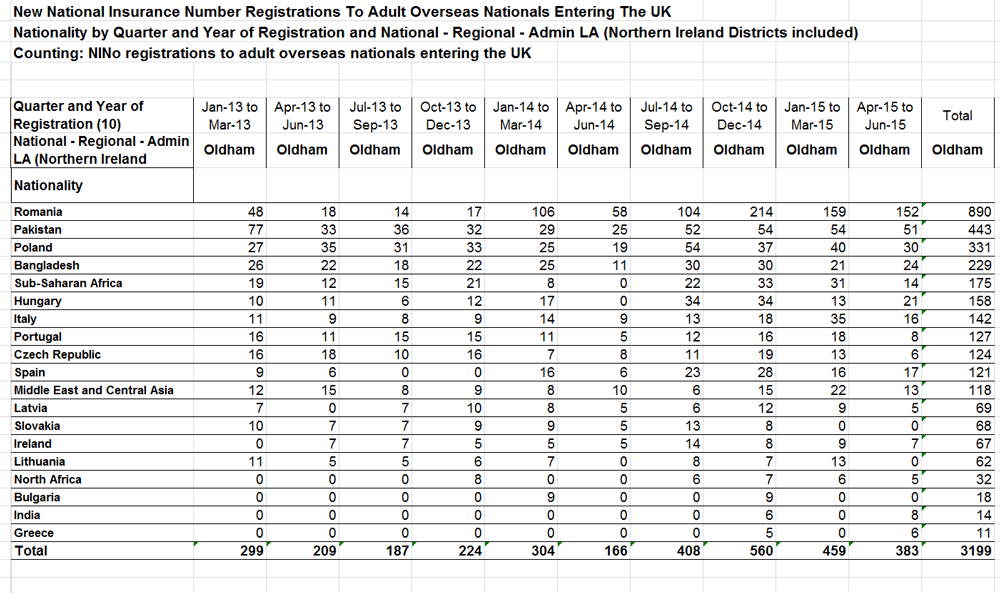