Oldham Chronicle forum regular Councillor Dave Hibbert who uses the moniker Dave from Chadderton clearly admits in his comments that Oldham Council underestimated the Old Town Hall’s poor condition & as a consequence got the plans & costs wrong. Pictures show that most of the building was to all intent and purposes unrecoverable and has been demolished. Mr Hibbert still finds time to patronise critics to cover up Oldham Council’s mistake which is spending two to three times more on a heritage based cinema complex now estimated after a 20% increase in the last year at £36,000,000 that is without any private financial backers than would have been needed for a complete new fit for purpose building. He states “The fact is that work on buildings that have been unused for a long period often reveals problems that may not have been apparent at the start. This can extend the timetable and increase the costs. I’m confident that the end product will be one that sensible and reasonable people will find impressive.”

We have never seen a JCB inside a Grade II listed building before that has had its floors, roof & most of the walls demolished, clearly English Heritage would only allow this to happen if the condition was dangerous & beyond repair. 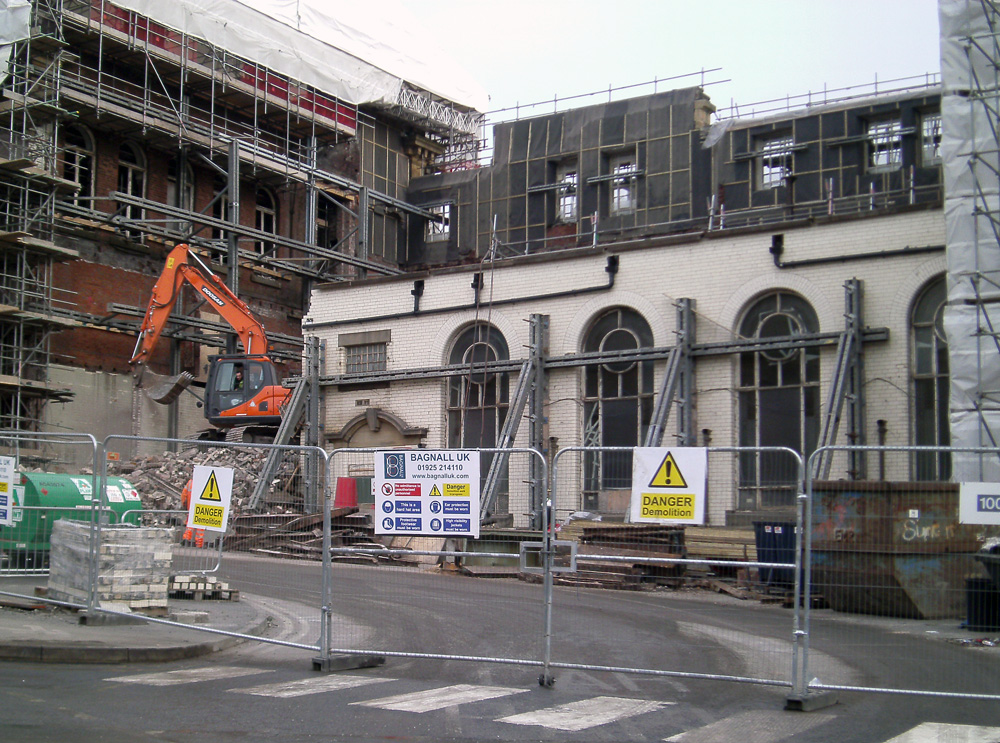