Statistics released today show that in the first quarter of 2017 Greater Manchester continued to house a disproportionate 71% of all asylum seekers resident in the North West, 17% of the UK total. This is almost the same number as Northern Ireland, Scotland and Wales combined. 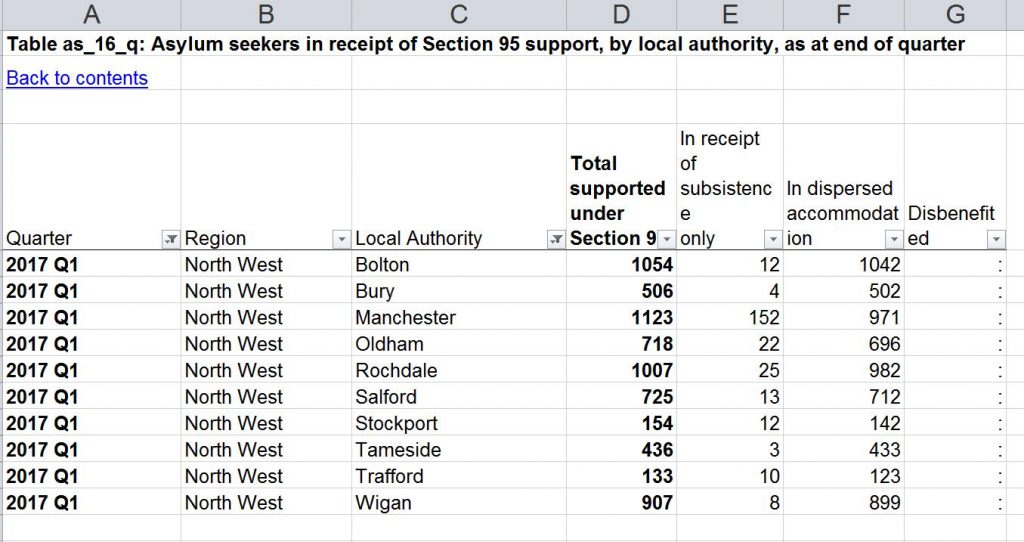