Although according to deluded Oldham politicians uncontrolled immigration is a positive and has no affect on housing or infrastructure the latest official figures show that the number of adult migrants arriving in Oldham in 2019 was the 2nd highest level recorded in the last 18 years with the main destinations being Oldham Council’s areas of planned new housing in the town centre, Werneth & the area around Ashton Road. Coincidently these areas are classed as the most deprived, most overcrowded, have the highest child poverty rates, lowest rates of working adults and have the highest rates of working aged benefit dependency. Oldham also had a 1,000% rise in foreign born children between 2014 & 2017‬ which completely wiped out all Oldham’s school spare capacity a situation that will have continued and escalated but left wing pressure groups convinced the government to stop producing the statistics in 2018. Oldham’s diverse population should not stifle conversations around the ludicrous levels of unskilled high fertility immigration in a borough that has no industries dependent on foreign unskilled Labour yet has three times the social housing demand of neighbouring authorities and some of the highest deprivation and unemployment rates in the UK.

Origin of migrants arriving in Oldham 2019 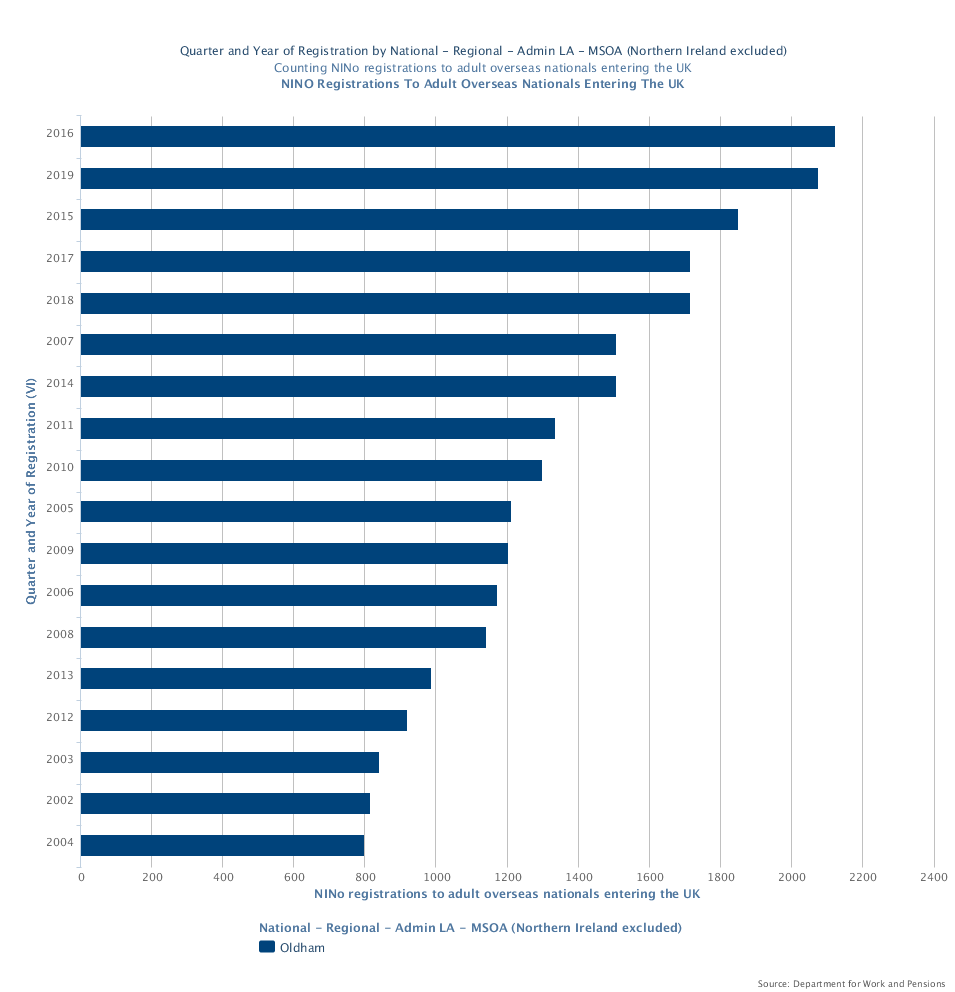