Oldham Labour poster boy MP Jim McMahon’s Oldham Town Hall Cinema Opened 3 years ago today on 21/10/2016 let’s celebrate his success and the accuracy of his cost and outcome economic assessment which promised a £10 million cinema delivering 348 jobs and five tenants. When planning was approved Jim’s economic assessment stated it would cost £10 million, create 233 permanent jobs and generate 115 additional jobs. In addition to the cinema the development had four additional units for hospitality businesses that would generate jobs, rental income and business rates for the council. In 2019 the public cost of the cinema passed £42 million. In July Jim’s apprentice Sean Fielding bragged that it had created over 100 jobs choosing to leave out it was supposed to create 348 jobs at less than a quarter of the cost or that the Odeon paid minimum wage refusing to sign up to Oldham Councils living wage. He also left out that two of the four additional units are still empty after three years so no rental income no additional jobs and no business rates income but a monthly cost to Oldham for property services and a real estate marketing firm. Using a conservative estimate that’s at least 180 jobs not delivered which at minimum wage over three years is around £8 million in wages that failed to materialise. One can only guess how much has been lost in rent and business rates. Don’t expect to read about the shameful waste of money or the undelivered promises in the local media who only ever write about  council budget cuts from central government and deprivation from a socialist perspective. 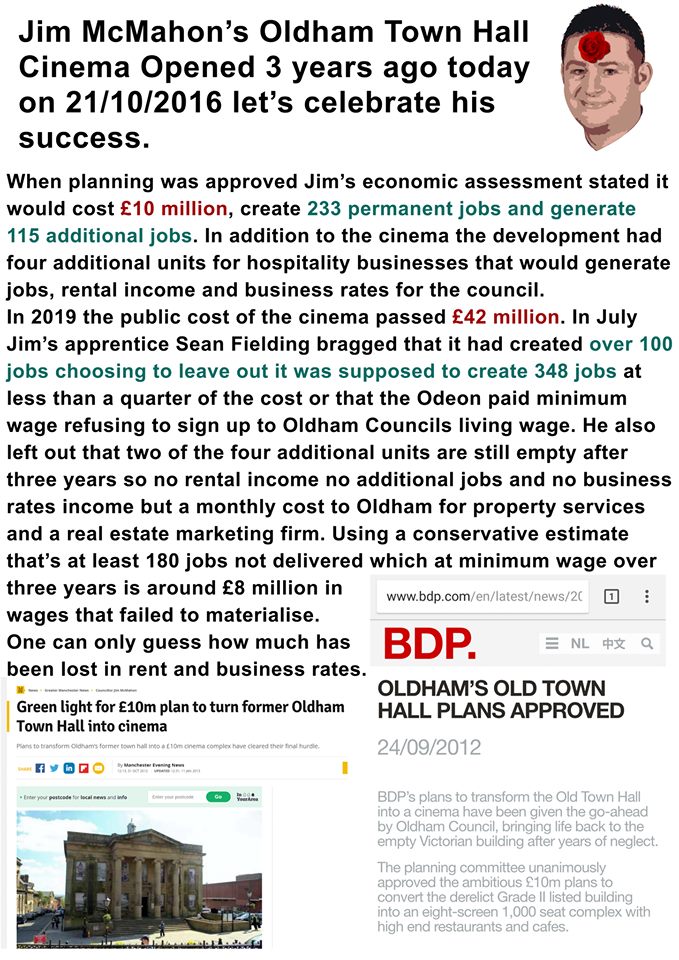 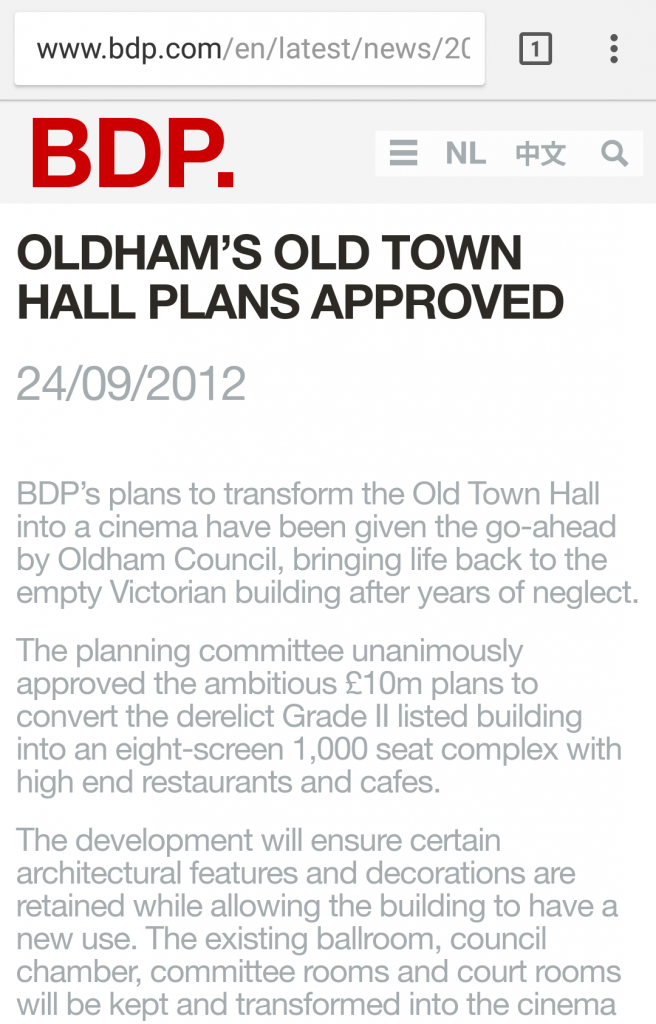